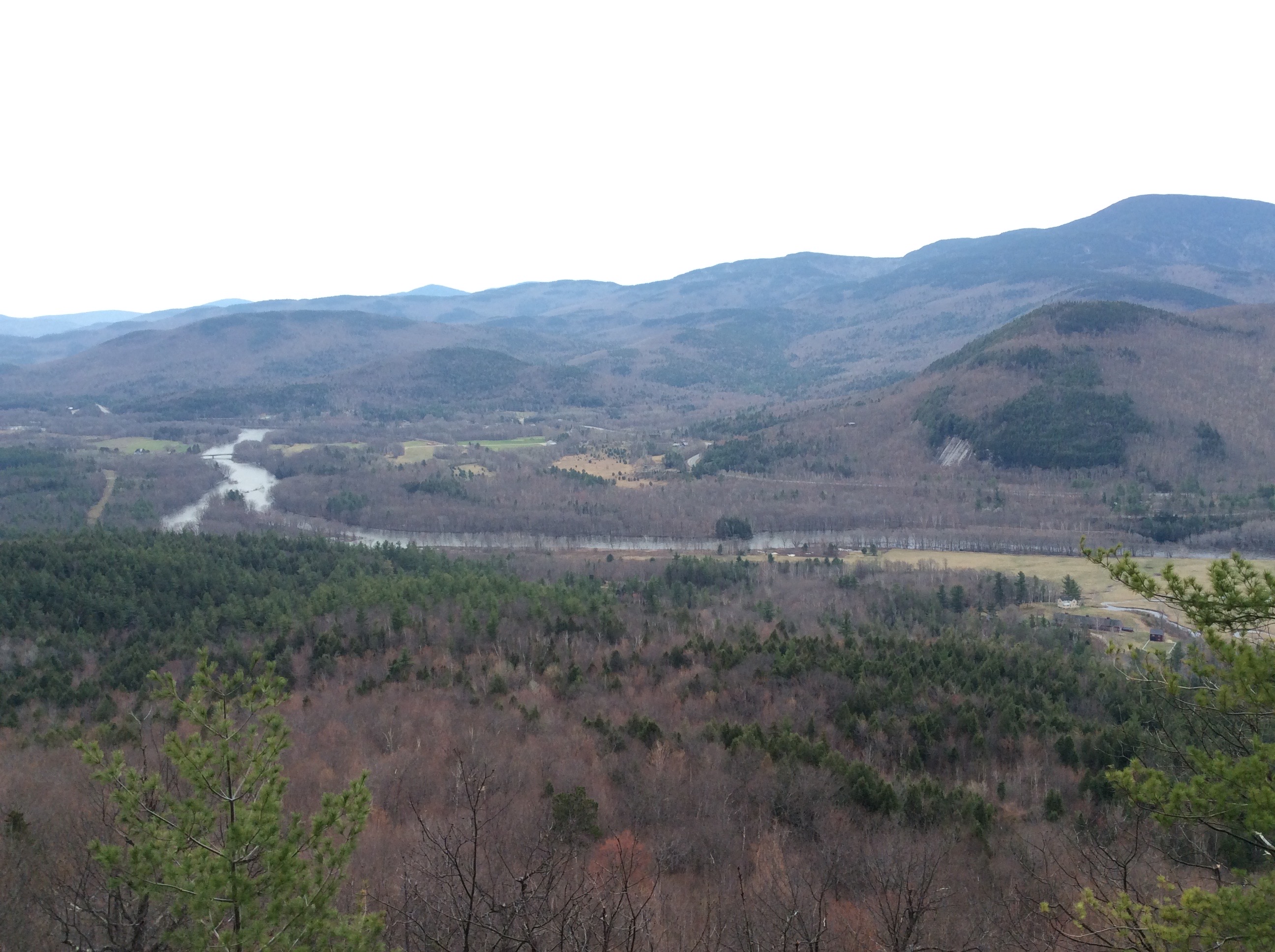 No one knows who Joe was. No one even knows if he lived in the Shelburne, New Hampshire area or came “from away”, the ubiquitous term New Englanders apply to anyone who wasn’t born and raised in their part of the world.

As with so many visitors to the White Mountains before and since, Joe was compelled to see what the lush woodland landscape, wide, clear rivers and patchwork of farms looked like from above. He didn’t have to travel far.

“Mt. Joe” is less a mountain and more a granite ledge rising from the forest floor. It is the first of several promontories described in a report read to the Appalachian Mountain Club Field Meeting on August 20, 1879 as “a miniature mountain system, consisting of several chains of ledge crowned knobs radiating from a great central mass.”1

While the top of Mt. Joe doesn’t offer the 360° views of those from the larger ranges to the west, it is certainly worthy of being singled out.

On the Comeback Trail

I would never have known about the place were it not for the Shelburne Trails Club, who invited me to deliver a talk on the history of the Appalachian Trail to their membership. The STC was founded in 2010 to reclaim and restore the many miles of hiking trails in the area that were lost to the ages. Some had dropped off of trail maps and out of trail guides. Some were barely maintained and increasingly hard to follow. In just eight years, the STC has already restored over 40 miles of trails in the Shelburne area, opening up new realms for exploration and contemplation away from the busier trail systems in other parts of the state.

Shelburne Trails Club member Larry Ely exemplifies the commitment of the organization to their cause. He and his spouse purchased the property adjacent to Mt. Joe, blazed a trail to the top, then granted public access so everyone could enjoy the view Joe himself did almost 150 years ago. Thankfully, due to the Ely’s generosity, the legacy of Joe will carry on, even though his name will likely be discovered only by people interested enough to search through ancient copies of Appalachia magazine. By 1917, trail guides had replaced the name, “Mt. Joe” with the pedestrian moniker, “First Mountain”, the name it still bears on maps.

The morning after my talk (and appropriately fueled by a cup of Joe), I scrambled up the orange-blazed trail in quest of the view from the ledges above. A short distance into the woods I was greeted by a gorgeous stream. As I gained altitude, I startled two deer, who crashed through the leaves and disappeared into the landscape below. Soon enough, the trail turned left to reveal the cliff — Joe’s cliff — rising out of the forest floor. When I got to the top, the whole Androscoggin Valley opened up before me. I understood why Joe (and the Ely’s and the Shelburne Trails Club) all found this place worth preserving and sharing.

It seemed like not much could have changed in the last 150 years. Only the occasional sound of downshifting logging trucks seemed out of place. That and the name “First Mountain.” To me, it will always be “Mt. Joe.”

I rather think he deserves the honor.

Author’s note: You can learn more about the Shelburne Trails Club and order their trail system map (well worth the price) on their Facebook page.