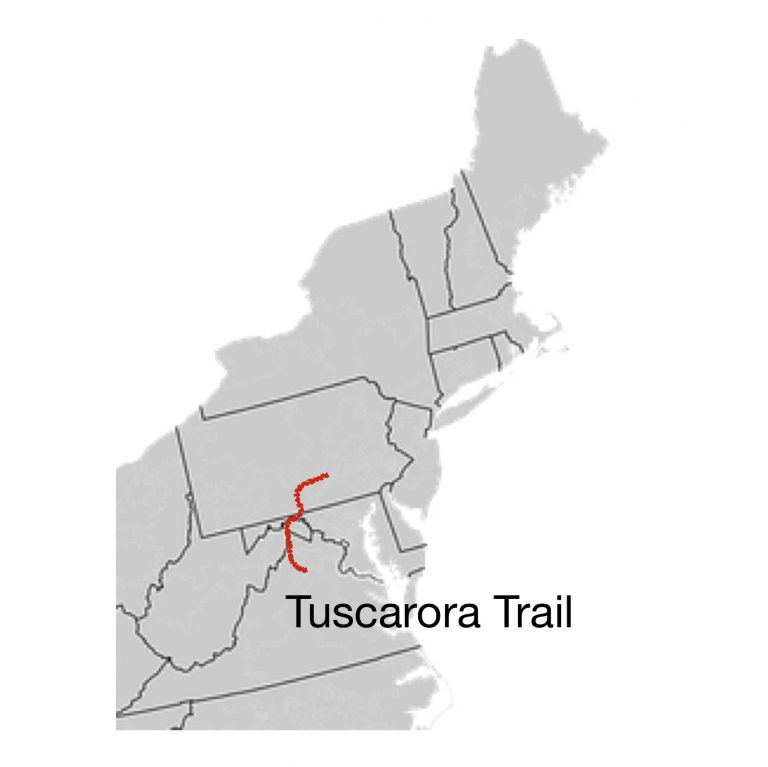 Created in the 1960s as an alternative to the Appalachian Trail, the Tuscarora Trail runs 250 miles from Northern Virginia to Pennsylvania.

The trail departs the AT near mile 21 of Skyline Drive in Shenandoah National Park and rejoins the AT near Duncannon, Pennsylvania. Along the way, you hike long stretches along the Massanutten Range that parallels the AT to the west, stroll along dirt roads and through woodlands. It’s a terrific lesser-known trail to explore.

While I’m still poking away at it, I have done several sections, including stretches along the Massanutten Range and from the trail’s southern terminus at Shenandoah National Park to the Shenandoah River. It is notable that REI funded a major signage initiative (now completed) that has greatly improved route finding. More information about the trail, including section descriptions, can be found on the Potomac Appalachian Trail Club’s Tuscarora Trail website.

A Taste of What's in Store

I have spent several days on the Tuscarora in various seasons and have found it delightful. The recent sign upgrades have made it even more so by minimizing former points of confusion where woods roads and side trails intersected with the route. As the PATC points out, the Tuscarora is best suited to those who have hiking experience, as it is far less traveled than it’s neighbor to the east, the Appalachian Trail and if you need help, it may take a while to get it. These few videos will help give you a feel for what to expect.

My book, A Hike in the Woods, covers everything from how to choose hiking boots to how to stay hydrated and much more.
Check it out!