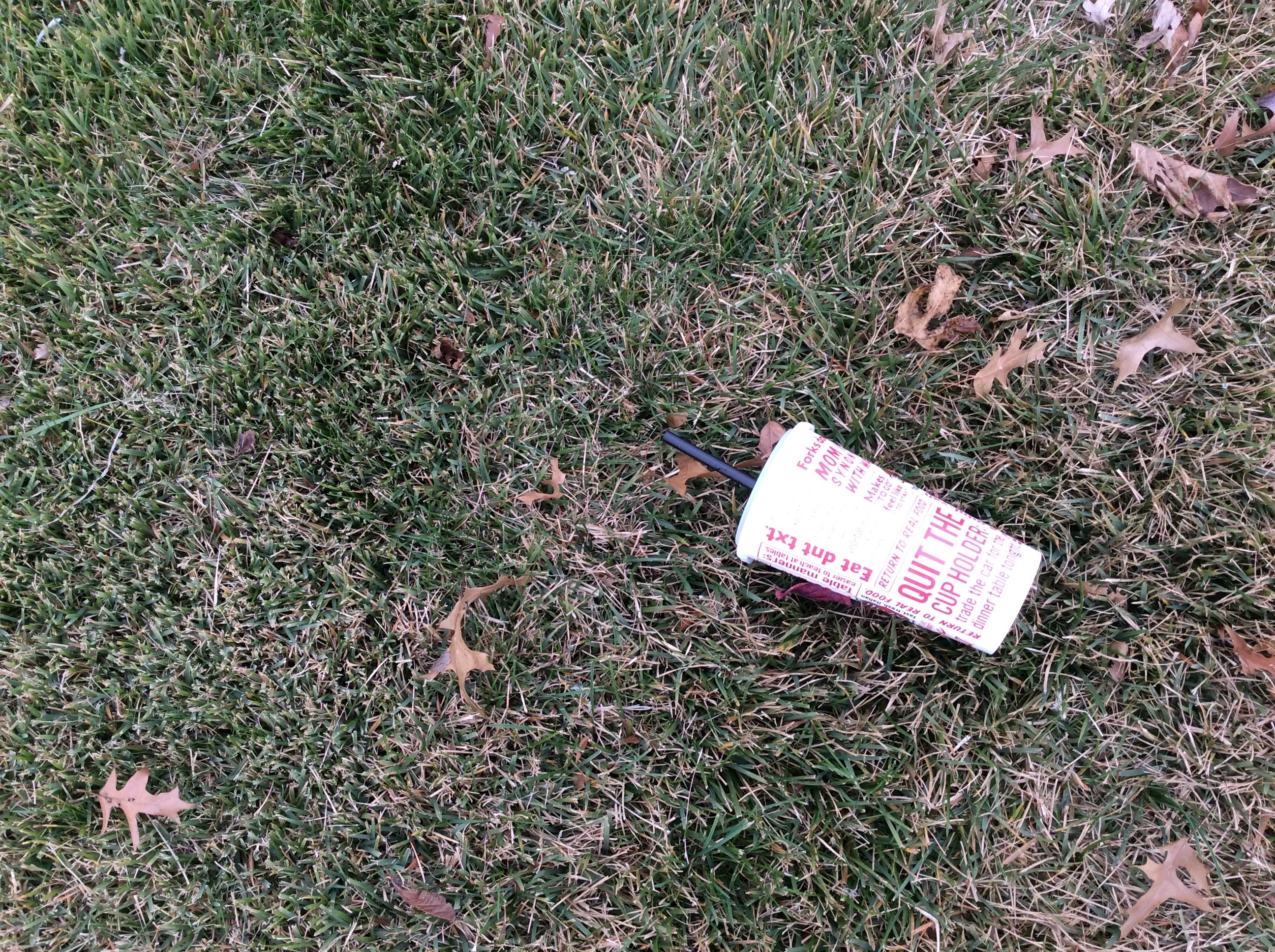 I have a thing about trash. And about keeping places better than how I found them.

I’m not sure when it started, but I distinctly remember a time when I was 11 years old when my mom and I flew to St. Paul to visit my grandparents. I went out out one day to explore the neighborhood and discovered that the banks of the Mississippi River were nearby. It was a beautiful place. It would have been even more so if it wasn’t so full of litter.

I went back to my grandparent’s apartment, grabbed two garbage bags and returned to the river.

When I came back several hours later hauling two overflowing bags of garbage, I expected them to be pleased. After all, I had helped make part of the world a little more beautiful. However, to their mind, I’d just made their part of the world a little more ugly. But soon, along with the realization the garbage truck would come tomorrow, all was forgiven.

I don’t know where my deep seated concern for keeping America beautiful came from, but at least part of it can be attributed to a popular ad of the time. In it, a Native American paddles down what begins as a beautiful stream. As he paddles down river, he encounters more and more litter and air pollution. As a final insult, as he stands by a busy roadway, an indifferent (and brilliantly unidentifiable) passenger in a passing car hurls a bag of trash that lands at the man’s feet. The indignity is palatable.

Five decades later, I wish I could say that the campaign was more successful. Make no mistake. The litter epidemic may have receded from those historic days when our roadsides became linear garbage dumps, but from my perspective, we’ve slipped in recent years. It’s everywhere — from the commuter rail train tracks of the northeast to the wide open spaces of the midwest and beyond.

The thing that baffles me is that in many cases the littering takes place only a few feet from garbage cans.

On a recent morning, I stopped at a rest area in Danbury, Connecticut. On my way back from the rest room, I saw a fast food bag full of trash crumpled up in the center of the parking lot. There was a trash can (the kind with a swinging cover) less than ten feet away. Because of the swinging cover and the 1/3 full status of the can, I knew that the trash hadn’t blown out of it. In a five decade flashback, the perpetrator had simply tossed their trash out the window.

As I walked toward the bag to pick it up, a man got out of his car and beat me to it. He reached down, picked up the bag and deposited it in the trash container. I could barely contain my glee.

“I need to shake your hand.”, I said. “I thought I was the only person that ever did that.”

The man was a bit nonplussed. He half smiled and said, “We all need to do our part.” as he walked away.

I thought about that incident when I was walking through Ohio’s East Fork State Park the other day picking up candy wrappers, styrofoam plates and plastic bags on the way back to my campsite.

I once read that if people see one piece of trash on the ground, the likelihood of them adding more went up precipitously. That’s one of the reasons I do what I do. But I really wish that I didn’t have to do it at all.

I can guarantee that I’m not alone.