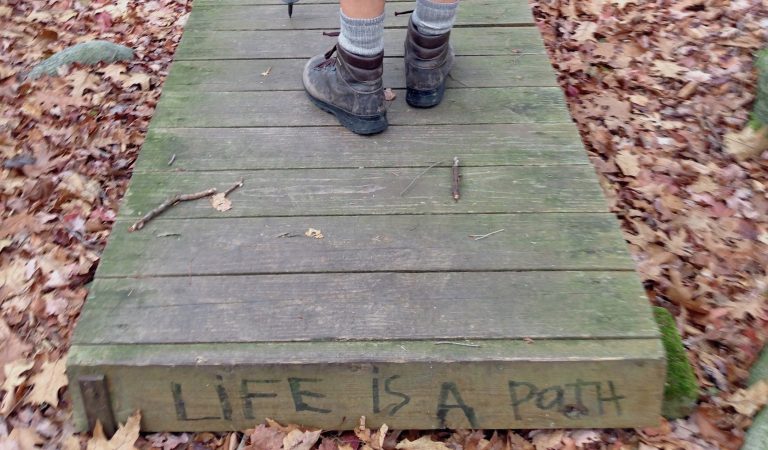 Deep breathing sustains your energy level on the trail

I’m not sure when it happened. All I know is when it did, it changed my days on the trail forever. It has nothing to do with the latest ultralight gear discovery or fitness app. It’s about something that’s with you 24-7. Your lungs. I’m talking about deep breathing.

Like many people, when I first started hiking, I frequently needed to stop to catch my breath, most often on steep ascents. I’d lean on a tree, wait for my breathing to slow down, then I’d start in again. I didn’t think there was anything wrong with this. I thought it was a normal part of doing aerobic exercise with a bit of the need to get into better shape thrown into the mix.

I was only partially right.

At some point, the light bulb went on. Maybe some of my huffing and puffing had to do with taking shallow breaths. So, I started concentrating on my breathing. What a life changer.

In my old way of breathing, it felt like I was only delivering air to the top 1/3 of my lungs. Instead, I began pulling air deep into my diaphragm — so deep that I could see my belly expand. The difference was profound. I had to stop less often and began taking rest stops on top of hills instead of part way up. (This, in turn, has its own benefits, such as letting you start up again on relatively level terrain.)

What was happening was more than the placebo effect. Researchers point to the fact that deep breathing helps your muscles stay oxygenated, so they work at a higher level. What this has meant for me is that I can hike longer distances without stopping and do longer hikes with less fatigue.

What do I mean by deep breathing?

The easiest way to describe it is trying to get oxygen as fully into your lungs as possible — keeping your mouth open, pulling air in until you feel it getting deep down into your lungs, exhaling, and doing it again. Pacing is key. You don’t want to hyperventilate. The goal is a sustainable rhythm. When I first experimented with changing my breathing, I timed it with my pace. After a while, it just became a quasi-conscious part of my routine.

Is there any downside to the deep breathing technique? Only one I can think of — bugs. During flying insect season, I’ve inhaled my share of black flies and midges. It’s pretty gross and can set off some coughing and swearing fits, but I don’t think I’m worse for wear because of it. If the bugs are really bad, I switch back to nose breathing for a while.

If you’re not a deep breather yet, I hope you give it a try. Please let me know if you become a convert, too!

Filed under: Hiking and Tagged: Getting into hiking shape, hiking tips, tips for hiking appalachian trail