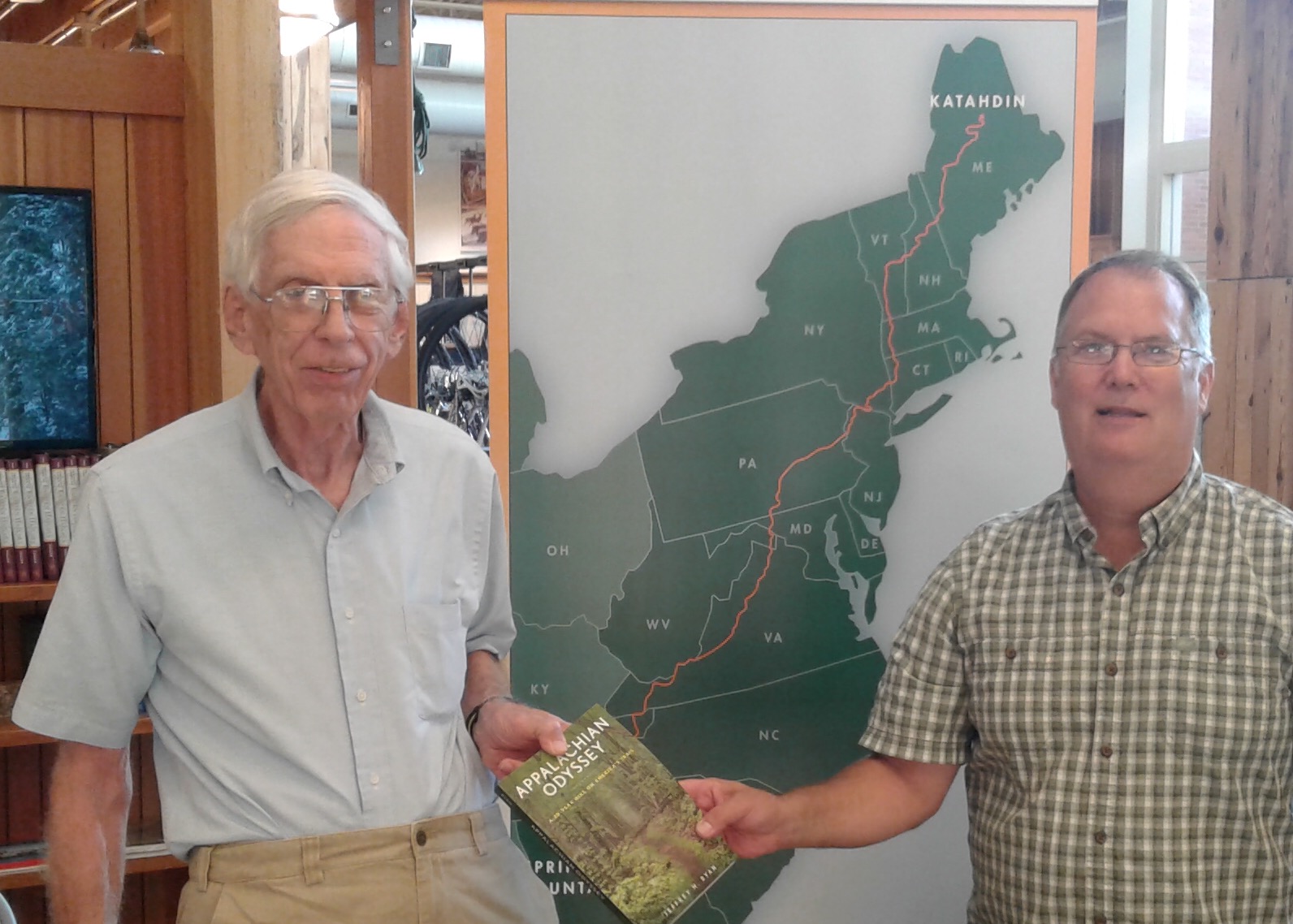 I was signing books the other night in Pennsylvania when I looked up to see something I had never seen before — a man with a little boy were walking toward me and the boy had my book under his arm. They had come to have me sign their copy of Appalachian Odyssey.

The first time someone brings your book to a signing is an incredible experience. A voice in your head says, “My god, someone not only bought my book, but thought enough of it to want to have it signed.” I, for one, hope that feeling of amazement/gratitude never goes away. The next words helped ensure it won’t. The father said, “I’m reading your book to Matthew and we’ve started to hike the Appalachian Trail together.” That put me over the moon. I love talking trail any time, anywhere, but the idea that I was helping inspire others to pull on a pair of hiking boots to get out there for themselves was music to serenade my soul.

Five minutes later, it happened again. A woman that was reading Appalachian Odyssey was debating whether to come to my signing. She had picked up the book and it opened to a photo of one of her favorite places — Hawksbill Mountain in Shenandoah National Park. That sealed the deal. She had to stop by.

The next night, still inspired by the previous signing, I went to the L.L. Bean store in Center Valley, Pennsylvania. There was a parking space right out front. I thought that was a good omen. I was right.

First Jerry came in with my book and wearing a huge grin as he approached my table.

“I’ve not got to say, I love your book.”, he said. “Your stories are inspiring my wife and I to get out and do a few sections of trail.”

Jerry stayed a while and we had a blast talking about equipment, different parts of the trail and much more.

Then came Melissa. She hadn’t done any hiking yet, but her daughter was encouraging her to give it a try. We had a marvelous talk about how to go about planning hikes, getting in shape and a number of other topics. By the time she departed, I felt certain that she and her daughter would be on a ridge top some day soon, marveling at a new view.

After a time, a man walked purposefully to the corner of the table and introduced himself as Austin. He had hiked a section of the Appalachian Trail in 1953. We had a fantastic conversation about hiking (the AT was a lot different 60 plus years ago), travel, kayaking and the importance of being outdoors.

At the end of the night, as I drove away from the signing event, I should have been exhausted. (I had been driving a lot the past few days getting to and from venues.) But I felt something else instead. The deep satisfaction of knowing that my story was nurturing a number of other people’s stories — stories of possibility, stories of affirmation, stories of reflection. That the power of a good book is not in the story it tells, but in the conversations it inspires.