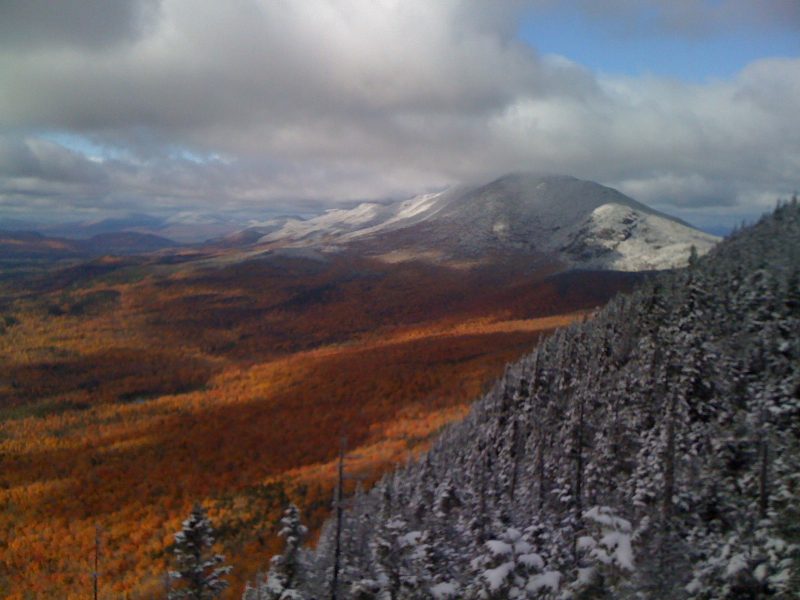 “On August 14, 1937, a CCC crew completed the final 2 miles of trail in Maine: a section on the north slope of Spaulding Mountain. What they likely didn’t know at the time was they had just closed the last remaining gap in the Appalachian Trail, which was now a continuous path from Mount Oglethorpe, in Georgia, to Katahdin, in Maine.”

– Excerpt from Blazing Ahead: Benton MacKaye, Myron Avery and the Rivalry that Built the Appalachian Trail, by Jeffrey H. Ryan.

The effort to build the Appalachian Trail, was so all encompassing that its completion held little fanfare. The aforementioned CCC crew reported that their work was complete and that was that. It would be more than a decade before Earl Schaffer would become the first through-hiker and even longer for the goal to hike the entire AT to be commonplace.

It is perhaps appropriate that the Trail wasn’t completed next to a well-traveled byway, but instead on one of the more remote stretches. No great ribbon cutting ceremony required. Just a group out on the Trail doing their piece to get it done. It’s been that way from the beginning. One of the more ingenious aspects of the care and maintenance of the great Trail is that it is done by a confederation of trail clubs and, where it passes through public lands, state and federal agencies. It is a largely volunteer effort – just groups out on the Trail doing their piece to keep it marked, protected and suitable for travel. All of them deserve our thanks.